Particles half-coated with a metal or other material that catalytically decomposes H2O2 are used extensively as a model system of self-propelled particles, albeit almost exclusively in 2D. Because of the catalytic decomposition reaction, which drives the particles far out of equilibrium, many new phenomena of Self-Assembly and pattern formation occur in these systems. As the mechanisms of self-propulsion in this system are still poorly understood, especially in the bubble-propulsion regime, we will study these in detail. We will use a new bulk synthesis method and systematically change the surface polarity of the catalyst. Here we also want to extend the study of this model system to 3D and quantitatively study its behavior on the single particle level as a function of concentration. We will also apply external electric fields to anisotropic self-propelled systems, so that the rotational motion of the particles can be influenced. In addition, we want to explore and optimize this system for (two-phase) catalysis systems, for instance to improve mixing, prevent catalyst-particle clustering, and reduce boundary layers around the catalysts. 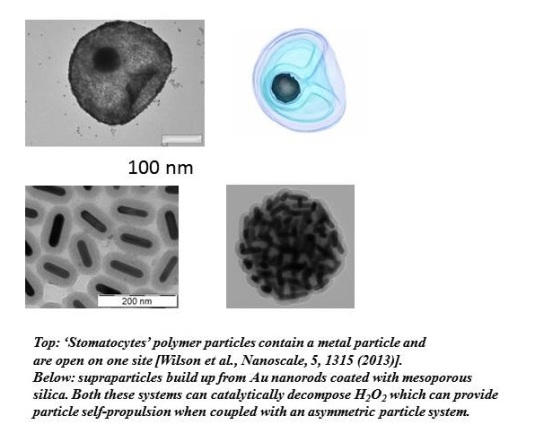