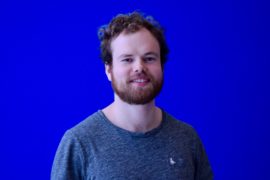 In 2017, MCEC was granted the Marie Skłodowska-Curie COFUND; a grant from the European Research Council which is designed to stimulate excellence in researchers’ training, mobility and career development. The grant, with a value of 1.7 million euros, will be deployed to attract and involve more international students to and in our research center. Already 19 international talents have been selected. One of them is Michael Jenks (25) who turned out to be exactly the right candidate for the project ‘Catalytic Conversion of Municipal Waste’.

Michael: “I grew up on the quiet side of an island off the coast of Scotland; the Isle of Arran. My primary school – twenty-two pupils in total – got its energy from its own wind turbine. It wasn’t until I visited a city for the first time, that I realised that all that ‘greenness’ I’d experienced, the living amongst and with nature, wasn’t so self-evident.

‘When you work in industry, the greater part of your job consists of managing people and their tasks.’

“After finishing my master’s thesis in the ‘Mathematical Modelling of Coffee Grinding’ I was appointed as a consultant engineer in the energy-from-waste industry for two years. The company I worked for, helped plants construct and operate high efficiency waste incinerators­– which, I know, is quite low on the ladder of sustainable ways to deal with waste, but still a spot higher than landfilling and probably still one of the only viable options for large-scale waste processing. Additionally, I also worked on the topic of battery storage. Renewable energy is a great resource, but to power the country it’s highly unreliable by itself. One cloudy, windless day and you’ve got a problem. I am really excited to see where research into chemical and mechanical energy storage can take us.

Targets
“I love a complex technical challenge. But when you work in industry, the greater part of your job as a consultant consists of managing people and their tasks, rather than solving complex envirotechnical problems. Besides that, the projects I was involved in were quite focused on, for example, increasing the throughput in order to hit that year’s targets. But the question of how much waste you can get through a facility differs fundamentally from the question of how much energy that same waste can produce.

‘The deciding factor was the promise of a challenge.’

“Ever since high school in which I had a very inspiring chemistry teacher, I’ve been more inclined towards the sustainable route in my education and career. He got me interested in hydrogen fuel cells, by telling us that in order to solve the immense world-wide energy problem we needed to find a way to safely store hydrogen on a large scale. This was still in the back of my mind during my time in industry and, later, during my travels through Myanmar, where there’s both a huge plastic problem as well as a huge energy shortage.

Promise
“I’d already decided to pursue my career in academia further when two great opportunities came along: one at TU Delft and one at MCEC. I applied for both and ultimately, got offered both positions. The more I read about the two programs, the more I realised I’d rather come here. The deciding factor was the promise of a challenge. When I spoke to some of the first-phase PhDs of MCEC, none of them said it was easy. They were all very positive about the program and passionate about their projects, but they made it very clear that it wasn’t something that just came naturally. You had to be up for the challenge. And that happened to be exactly what I was looking for.

‘I will have to manage my own expectations – by setting realistic goals, and not trying to end the world’s plastic problem all by myself with one bit of research.’

“My project is Catalytic Conversion of Municipal Waste. It mainly focuses on chemical recycling of plastics. A lot of research has been undertaken on the role of reactors in the chemical recycling of waste, but the current solutions are generally either prohibitively expensive to set up and run, or produce a varied product. So, it would be great to find a practical solution and perhaps take a step towards creating a truly circular economy for plastic. In that sense it’s also interesting to explore the opportunities of collaboration with the chemical engineering department of TU/e.

Goals
“I’m looking forward to the next four years. I will have to manage my own expectations – by setting realistic goals, and not trying to end the world’s plastic problem all by myself with one bit of research. I do plan on learning Dutch. I can understand it fairly well already, but in order to fully integrate scientifically and socially, learning the language certainly helps. And if anybody’s up for a MCEC Sports Team: I am, so let’s start one!”

Michael works at Utrecht University under the supervision of Bert Weckhuysen and Florian Meirer. He can mostly be found in the David de Wied Building. You can contact him here.

On March 12th, new MCEC PhDs from Utrecht came together for an informal meeting with MCEC Office and some first-phase PhDs. You can read about that meeting here. 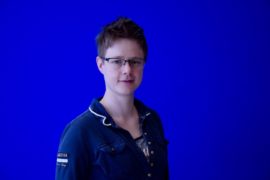 Another talent* that has recently started working at MCEC is Ellen Sterk (31). In 2018, Ellen won the AkzoNobel Graduation Prize for Chemistry and Process Technology. Within MCEC, she will work on ‘Support, Alloying and Promoter Effects and Active Sites in CO2Hydrogenation’. This research project has the potential to increase large scale applicability of renewably produced hydrogen and reduce the negative impact of CO2point sources.

Where does your fascination for chemistry stem from?
Ellen: “Studying chemistry allows you to think about fundamental aspects of nature. I think it is intriguing that after hundreds and hundreds of years of people exploring ‘the nature of things’, there is still plenty left of that we do not know or understand.”

What will be your biggest challenge, working on your project?
“In principle, I’m not bad in time-management; however, setting a realistic time frame is not really my strongest suit. I tend to not choose between several tasks and ‘just’ start doing all of them with the aim of delivering complete work.”

In the next four years, what is it that you hope to learn, develop, or explore?
“In four years, I would like to learn a lot in spectroscopy as a scientific skill. I want to be able to use that together with a theoretical approach (DFT) to ‘attack’ the problems and questions that I will come across during my research. Sometimes I think it’s a pity that time is a linear thing, because I would like to learn a lot of things – and really own it.”

Do you see chances for collaboration with other MCEC PhDs or research groups?
“Being a new PhD, I still have to discover what’s swimming around in the MCEC pool. But I do already have a close collaboration with Ivo Filot. This originates from my master project – which was a computational study of the CO2methanation over nickel – and Ivo (as well as Bart Zijlstra from TU/e) taught me all the ins and outs needed to successfully perform this research. For my PhD project I’m also planning to perform other DFT calculations and Ivo is willing to serve as a go-to person.”

What do you do in your free time?
“During my free time I like to play soccer. Unfortunately, I currently have a long-lasting sport injury which really holds me back. I hope to be able to pick up sports in the upcoming season. Another hobby of mine is doing handy-craft projects like stone sculpting. For me it doesn’t matter that these projects take several weeks, sometimes even months. I find it very satisfying to work precise and to build something new using my imagination, creativity and patience.”

Ellen Sterk works at Utrecht University under the supervision of Bert Weckhuysen. You can find her profile page here.

* See also this interview with Michael Jenks, and this post about the recent ‘meet & greet’ of new MCEC PhDs in Utrecht.

Bert Weckhuysen was on a China mission for the Ministry of Economic Affairs and Climate Policy. The goal was to foster scientific cooperation between industry and universities between the two countries and to develop research programs for cooperation with the Chinese Ministry of Science and Technology (MOST) within the Advanced Research Center Chemical Building Blocks Consortium (ARC CBBC). Weckhuysen also visited Peking University, where he gave the Physical Chemistry Chang-Ge Lecture.

You can read more on the website of ARC CBBC. 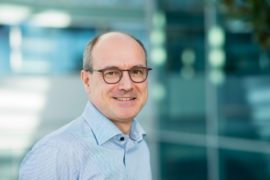 Bert Weckhuysen (UU) has received a grant of 50k Euro from the Netherlands Initiative for Education Research (NRO), for innovation in academic education: “The Da Vinci Project: Towards an active learning-by-doing approach to train a new generation of true connectors in the field of sustainability”. This course, which will be launched in the academic year 2019-2020, will complement the current Utrecht University honours program, and is meant for 3rd years bachelors students from different faculties.

You can read more on the website of the KNAW (in Dutch). 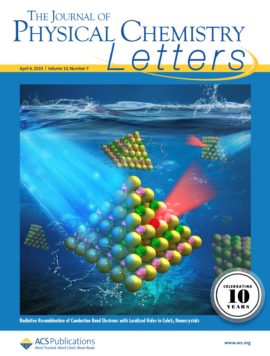 
The selection process for the second PhD Call may be in full swing – already thirty MCEC PhDs have started with their projects in Utrecht, Twente and Eindhoven. MCEC Office organized a small get-together with coffee & cake to welcome the new Utrecht-based PhDs. There were talks of background and current research, but also of hobbies and (personal) affinities with sustainability.

First-phase MCEC Community members Ahmed Ismail, Petra Keijzer, Anne-Eva Nieuwelink, and Laurens Mandemaker also dropped by to introduce themselves and to explain a little more about their research and their experiences working within the research center. Thank you all for coming!

The PAC-symposium is an annual chemistry symposium for students organized by students. The symposium is organized by Stichting PAC, which is formed each year by students from four study associations: ACD, CDL, U.S.S. Proton and VCSVU. This years’ 25th programme centers around the theme ‘Back to the Future‘ and is held at the Vrije Universiteit in Amsterdam.

Today, in his lecture, Prof. Bert Weckhuysen will discuss how catalysis is being used to create waste-powered transport and why it is so difficult to convert carbon dioxide into fuels and chemicals.

On March 4-6, The Netherlands’ Catalysis and Chemistry Conference took place in Noordwijkerhout. A good number of MCEC PhDs were present with talks and poster presentations.  The 20th anniversary meeting comprised plenary and keynote lectures by invited speakers, and selected oral papers and posters. Scientists, and especially PhD-students, were encouraged to submit abstracts so they can present their work, discuss it with leading scientists and representatives from industry. NCCC welcomed Prof. Sylvia Bordiga for an opening lecture sponsored by MCEC.

You can now view all the poster abstracts and oral presentations on the NCCC website. The complete programme (including abstracts) is available online too. 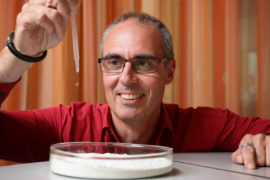 Devaraj van der Meer (UT) will receive a Vici grant, worth 1.5 million euros, from the Netherlands Organisation for Scientific Research (NWO). This Vici program will unravel the intricate physics behind the impact of a boiling water droplet on a surface.

The Vici grant, worth 1.5 million euros, is the highest in the Veni-Vidi-Vici programme of NWO. It enables very experienced researchers to form and strengthen their research group. Of 239 proposals, 32 were awarded, worth 48 million euros in total.

The first call resulted in an overwhelming 900 applications, and 30 positions have been filled. An overview of the 8 vacant positions can be found here.