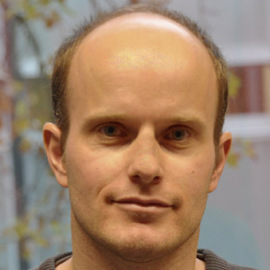 Sticky gels and other soft materials behave like fluids when ‘landing’ on a surface. This is really surprising, and it opens the way for a smart combination of solid state mechanics and fluid mechanics. Jacco Snoeijer received a ‘Vici’ grant for this, from the Netherlands Organisation for Scientific Research NWO.

For this research project, Snoeijer now received a so-called ‘Vici’ grant of 1.5 million euros, for a period of five years. This is a grant for excellent and very experienced researchers, within the ‘veni-vidi-vici’ programme. It enables him to hire three PhD students and a post-doc researcher. The Netherlands Organisation for Scientific Research NWO received 233 proposals, of which 35 were selected in this round.

Congratulations, Jacco, on receiving this grant!

You can read more about the research on the website of University of Twente, in English or in Dutch.