Professor Alfons van Blaaderen is Full Professor at the Debye Institute for Nanomaterials Science of Utrecht University (The Netherlands).

The research group of van Blaaderen makes seminal contributions to the field of (soft) condensed matter and in particular its subfield colloid science, fields that are multidisciplinary in nature encompassing Chemistry, Physics and Materials Science. However, the research work also spill over to neighboring fields like (micro-) biology and granular matter, where quantitative microscopy and use of particles are also often important tools.

Van Blaaderen obtained a prestigious TOP CW NWO (2005) grant from The Netherlands Science Foundation (NWO) and an Advanced ERC grant (2011) from the European Research Council and leads two FOM (Dutch Physics Science Foundation) programs. He also has received several research awards, including, the 1992 DSM Prize for Best Dutch/Belgian Chemistry PhD Thesis, the 2006 Rhodia Prize from the European Colloid and Interface Science Society and the 2011 Peter Debye Prize from the Edmond Hustinx foundation. The Soft Condensed Matter & Biophysics section he leads obtained twice in a row a ‘maximum’ score of 4x’5’ at the 5 year national Physics evaluation by an international jury. Van Blaaderen serves(d) on several boards and panels for research, including the TWINS council of the Royal Academy of Sciences (KNAW), the Dutch Nano Initiative, and COMOP council of (FOM, part of NWO). In 2007 he co-wrote for NWO a strategic report on Nanoscience. He was asked four times by the journals Science and Nature to comment in News and Views on new results in the field of colloid science. He was visiting Professor in 2006 at the Soft Matter Center (NYU, New York, USA) and 2012 distinguished visiting Professor at the Chemistry Institute of the Chinese Academy of Sciences (Beijing, China). He was scientific director of the Debye Institute for Nanomaterials Science (2008-2012) and became in 2013 elected member of the KNAW.

The research of prof. dr. Emiel Hensen (Inorganic Materials Chemistry group at Eindhoven University of Technology) is focused on catalysis, materials and sustainable energy. The objective is a complete understanding of the reactive chemistry at catalytic surfaces, often gained through experimental and theoretical studies of model systems. Advanced catalyst characterization, increasingly obtained under in-situ or operando conditions, is employed in close coordination with theory involving electronic structure calculations to compute reaction dynamics and statistical approaches to predict macroscopic performance. The molecular-level understanding guides development of new catalytic materials that are designed at the nanoscale to function on the meso- and macroscale. A wide range of applications is studied relevant to the development of clean and sustainable processes for production of fuels and chemicals. The research is organized in the following four focus areas: (i) Porous Materials; (ii) Biomass Conversion, (iii) Structure Sensitivity in Catalysis and (iv) Solar Fuels Catalysis. 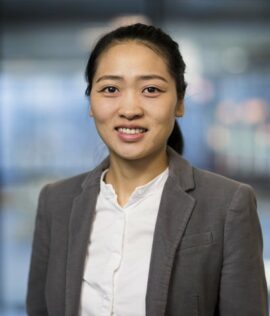 In the second phase of MCEC, we have welcomed many new members. In this rubric we will introduce them to […]