oxidation catalysts. After working as a NWO Rubicon Postdoctoral fellow at the University of Warwick, U.K., on catalytic anticancer drug development, he returned to Utrecht in 2009 to work in the Weckhuysen group as an tenure-track assistant professor (tenured as of 2013) on the catalytic conversion of biomass and renewables. In 2010 and 2013 he received VENI and VIDI grants from the Netherlands Science Foundation (NWO). In 2018 he was appointed Professor of Sustainable Chemistry and Catalysis at the Department of Chemistry, Utrecht University. This new Chair will bridge research into homogeneous and heterogeneous catalysis for turning renewable feedstock, such as biomass, CO2 and waste streams into chemical building blocks.

His research focuses on route and catalyst development for the valorization of i) primary components of lignocellulosic biomass and 2) biomass-derived platform molecules. With the primary feeds, emphasis is on recalcitrant feeds such as humins and lignin. Platform molecule conversions include highly active bifunctional catalysts for the selective hydrogenation of levulinic acid and the first examples of biomimetic iron-catalyzed oxidative cleavage of lignin derivatives and fatty acids. Other topics include aromatics production from sugars, and the synthesis of butadiene from bioethanol. The research, financed by NWO, STW, EU and by industrial partners, is carried as part of  national (e.g. public private partnerships such as Catchbio, BPM, etc), international (Marie Curie ITN, COST, etc) and industrial collaborations. The projects involve the development of mostly heterogeneous catalysts, but also homogeneous transition metal-based catalysts and organocatalysts. We aim to gain fundamental understanding of the catalytic process, i.e. the elucidation of structure-activity relationships, to study catalyst stability and deactivation and to apply (in situ) spectroscopy to study mechanistic aspects of the reaction.

I am a full professor and head of the Multiphase and Reactive Flows group in the Department of Mechanical Engineering at Eindhoven University of Technology, The Netherlands. From 1998 until 2001 I did my PhD studies with Prof. B.H. Hjertager at the Aalborg University Esbjerg. From 2001 until 2010, I worked as an assistant professor at the University of Twente in The Netherlands. From 2010 until 2015, I worked as an associate professor in the Multiphase Reactors Group at the Eindhoven University of Technology in The Netherlands. In 2010 I received an Starting Grant from the European Research Council (ERC) to work on micro-structured bubble column reactors. My research is concerned with the development of computational and experimental techniques for the study of multiphase reactors. This includes multi-scale modeling of bubble column reactors and gas-liquid-solid contacting in (spout) fluidized beds. 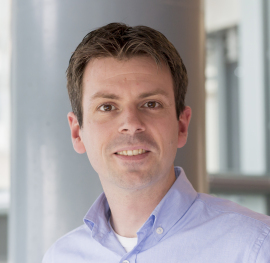 The Netherlands Organisation for Scientific Research (NWO) has granted a Vici grant to Prof. Pieter Bruijninx of Utrecht University for […]