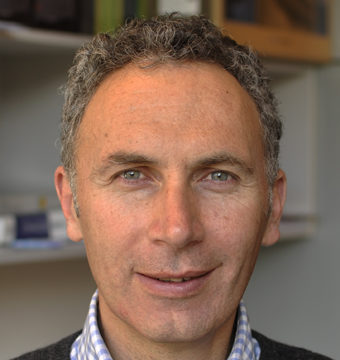 Roberto Verzicco completed his PhD in Aerospace Engineering in 1994 at the University of Rome `La Sapienza’ where he got a position as Assitant Professor. He became Associate Professor in Fluid Mechanics in 1998 at Politecnico di Bari where he became Full Professor in 2003. Since 2007 he is Professor of Fluid Mechanics at the University of Rome `Tor Vergata’ and since 2010 Part Time Professor at the University of Twente in the group Physics of Fluids.
His research area is “Numerical simulation of complex flows and turbulence”. Specifically his research concerns thermally driven turbulence (Rayleigh-Benard flows), shear driven turbulence (Taylor-Couette flows) and biomedical flows (fows in heart valves, coronary arteries and aorta).