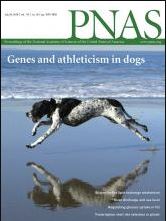 When gold nano particles in water are illuminated by a laser, they get very hot: well above the boiling point of water. The formation of vapour bubbles caused by this, is well-known. New experiments, however, using a very high speed camera, now show that before this, a bubble is formed that is much larger and, subsequently, explodes violently. For energy conversion of the particles to the liquid they are in, this discovery of early phase dynamics is very important. MCEC researchers now publish these new results in the Proceedings of the National Academy of Sciences of the USA (PNAS).

Nanoparticles locally speed up the boiling of water when laser light illuminates them. At the surface of the particles, electrons collectively oscillate. Vaporization via these so-called ‘plasmons’ is much stronger than in case you would just locally heat the water using a laser. Until now, the ‘early youth’ of this bubble formation was not taken into account, while this first phase of nucleation and early dynamics determines the subsequent phases to a high extent.

Until now, the bubble behavior was studied at time scales of milliseconds. Thanks to the very fast camera ‘Brandaris128’, developed by the University of Twente, it is now possible to look even at the nanosecond timescale. A little while after the nanoparticle heats up, a bubble is formed that is a hundred times bigger in volume than the later bubbles. This bubble explodes, followed by smaller bubbles oscillating. In the end, the well-known mechanism takes over, of bubbles that grow by vaporization of water and by diffusion of the gas that is dissolved in water.

Intuitively, you would expect the size of this initial giant bubble getting bigger with a higher laser power on the nanoparticle. In reality, it is the other way round. At a lower laser power, it takes more time for the bubble formation to start, but this is explosive. The size is also determined by the amount of gas in water: ‘gas poor water’ gives larger bubbles. Here, also the delay plays a role. Experiments and calculations show that the giant bubble is a pure vapour bubble and not a gas bubble: the maximum volume is linearly dependent of the energy.

By controlling the early-start dynamics and violence, the applications of the nanoparticles can further be exploited. The bubbles enhance energy conversion, but the explosive growth could even cause damage in surrounding tissue, in medical applications. Nano particles will be used as catalysts, for speeding up chemical reactions. For this application, the newly discovered explosive growth can be an advantage.

The research has been done within MCEC.  Contributors to the paper are from University of Twente, MESA+ and TechMed institutes, specifically the groups: Physics of Fluids, BIOS Lab-on-a-Chip, Physics of Interfaces and Nanomaterials,  as well as the Inorganic Chemistry and Catalysis group from Utrecht University.

This text is derived from the article written by Wiebe van der Veen, press relations University of Twente.
This article was first published on the website of UT and contains two video’s showcasing the bubble formation. Click here for the English version or the Dutch version of that article.