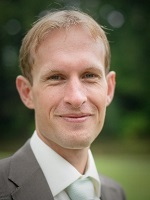 Mathieu Odijk has been nominated by the Dutch magazine New Scientist as one out of 25 science talents for 2017.

Reaching the next round means that he will be able to represent his research on the New Scientist Live: Nobelprijs event on June 22. The winner of the prize New Scientist Science talent 2017 will be announced on that event.

You can vote for your scientist of choice before 5 June via newscientist.nl/polls/new-scientist-wetenschapstalent-2017.