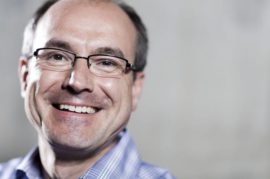 Weckhuysen will receive the prize next month during the International Symposium on Acid-Base Catalysis in Rio de Janeiro, where he is also invited to give a plenary lecture about his research.